It was one of my biggest life lessons.

On the face of it, being part of a well-respected corporate growing bank like RBS should have offered me all the opportunities I’d ever need.

So I climbed the greasy pole of promotion, always ambitious, always looking for the next move. Regional manager level was achieved – a decent achievement, or so I thought at the time. And it was then I realised.

I simply wasn’t cut out for that sort of job. I wasn’t very good at it, so it always felt a struggle. And by accident, I found a job that I really was suited to. The contrast was immense – doing something to which I was naturally suited felt effortless. It felt easy, it didn’t feel like work at all. I was doing what I loved, and I loved what I was doing.

What’s the lesson? Well, it’s one of authenticity. All during my pursuit of promotion, the nagging feelings at the back of my mind were dismissed – I can do this! But had I listened, I’d have arrived at the right conclusion earlier. Be true to yourself; acknowledge what you’re good at (and what you’re not!). I wasn’t being the real me – I wasn’t being authentic.

What’s this got to do with the world today?

Because I see many businesses jumping on a bandwagon and using that bandwagon in the pursuit of profit.

Look at the LGBTQ rainbow message – lots of businesses have (literally) flown the rainbow flag. For some, it’s a perfect reflection of their business identity. For others though, it’s simply not and such a lack of authenticity has and will continue to bite them.

So many businesses have displayed a lack of authenticity that there’s now a term for it in the LGBTQ community – it’s called Rainbow washing, and it’s used to describe the actions of companies that publicly portray themselves in support of the LGBTQ community for their own financial gain, without taking any real action to make a positive difference to the cause.

But we find it in other areas too – look at recent publicity around Brewdog, presenting themselves as the punks of the brewing world with a fabulous culture and using that message to attract top talent. Their lack of authenticity showed up in an open letter from 60+ former employees, challenging Brewdog (in particular its founder, James Watt) about bullying behaviour and a toxic work culture. The long-term damage from such action is yet to be seen but how easy do you think it might be now for Brewdog to attract top talent?!

Businesses need authenticity, especially now when every current and ex-employee has a voice. People are making buying decisions based on their perception of how a company treats its employees, so culture is no longer an internal piece – it’s very much in the public domain.

And authenticity comes from knowing who you are and why you exist – what difference are you making in the world; what do you want to be known for? It also comes from having strong values – knowing how to behave. These two elements – purpose and values – form the core of the identity of a business.

But they must be authentic and lived daily – just ask Brewdog! 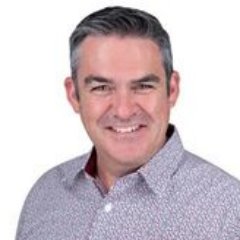 Doug has been a regional manager for Royal bank of Scotland, set up an successful accountancy network, and launched Ascendia Growth. Knowledge is useful; developing a skill from it even more so; but its making that skill habitual that is the real secret.

Subscribe to our newsletter for regular business growth inspiration

Thank you! Your submission has been received!
Oops! Something went wrong while submitting the form.

One For All The Accountants

Sensitivity is the key to selling when times are tough.

What’s the value of an Inner Circle?

Don't risk future growth. Take the time to get your marketing right.